While Sachin notified me about his arrival to Kerala, I decided to plan something once he’s in town. Exploring the forests of Nilambur with Aman and Aneez was our plan at first; but later, since Aman wasn’t free for the weekend, and as Aneez wasn’t keeping well, myself and Sachin had to change our plans. Exploring Thrissur, the cultural capital of Kerala came to my mind, and when I shared it, Sachin agreed without a second thought.

After having lunch from Thrissur, we took a KSRTC to Chalakudy, hoping to catch the 15:05 bus to Athirappilly. But since the traffic in Thrissur got us delayed, it was past 15:05 when we reached Chalakudy. Upon an inquiry, I got to know that there won’t be any buses from the KSRTC bus stand and we need to go to the nearby private bus stand to try our luck. We hurried to the bus stand and thanks to our luck, the KSRTC bus which we planned to board was there, all set to start by 15:30.

Within an hour, we reached Athirappilly and took the entry pass. The bottom of the falls being my favorite spot, I suggested taking the path that lay before the main entrance of the falls.

Although I haven’t been to many, Athirappilly is the best falls I’ve seen till date. Located in the Thrissur district of Kerala, this 25 meter fall of Chalakudy River is certainly a feast for the eyes. It even gets better during monsoon when the falls tend to be more vigorous and fierce before it reaches Thumburmuzhi Dam.

From the National Highway, a ride through winding roads arched by tall trees will take you to the entry point of the falls from where one has to get an entry pass. Visitors can either go to the hill top, or climb the steps down to reach at the bottom of the falls. If you are opting for the latter route during monsoon and don’t want to get drenched, it’s good to carry a raincoat or at the least, an umbrella. 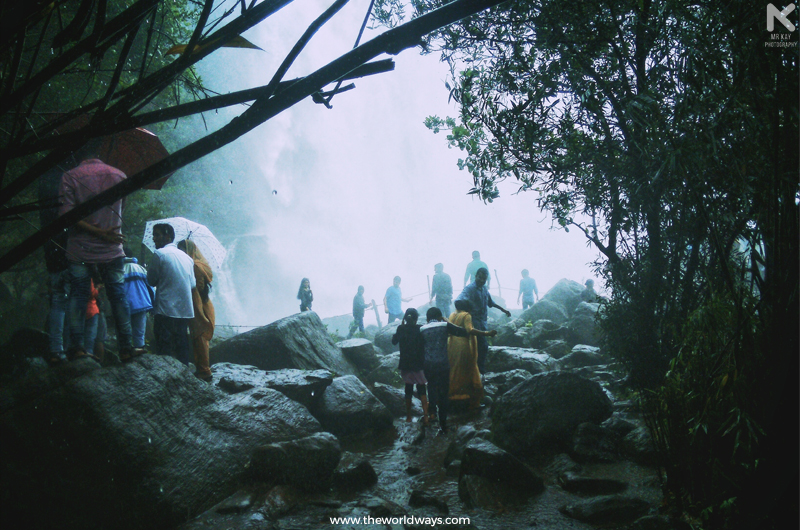 With a vague idea of where exactly the path will take us, while returning, we took the trail that lead up; and as expected, we reached the topmost area of falls – the most commonly visited spot (check the featured image) by the majority of tourists.

Since we had ample time to catch our return bus, we decided to laze around until Sunset. As Sachin kept taking pictures of the mighty falls, I lay flat on the ground, waiting for the Sunset. But when the guard came evacuating the place at 18:00, we had to leave.

We took the last private bus from Athirappilly which starts at 18:45 and got back to Chalakudy in an hour’s time.

As per our plan, we were to start by around 9:00 to Marottichal so that we can leave the forest area before it gets to be dark while returning. But blame our lazy ass, we got late. It was then my uncle who came to know about the plan showed interest in joining us – as he had to book a Tatkal ticket, he suggested having an early lunch and start by noon. The idea sounded good and we agreed.

It was around 10:00 and we had some time left before proceeding to our core plan for the day. So instead of wasting it, we decided to pay a visit to the tallest church tower in Asia – the Bible Tower situated right in the heart of Thrissur city. 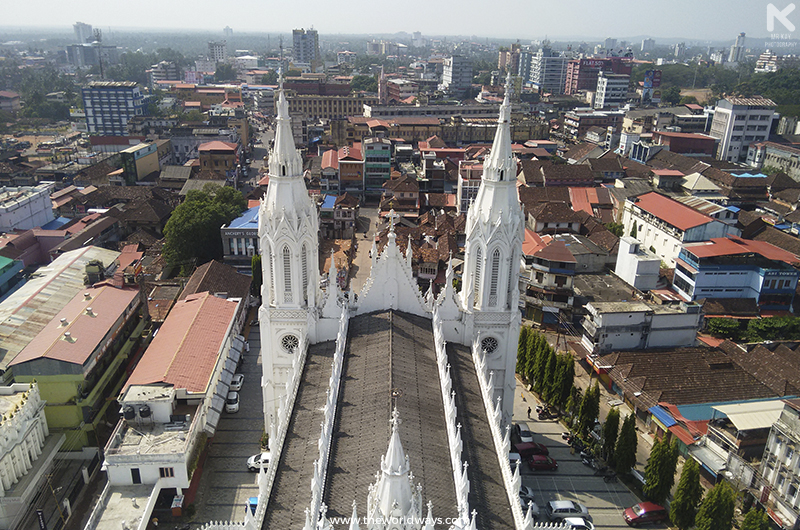 Inaugurated in 2007, the 260 feet high tower gives an unobstructed view of Thrissur’s cityscape. Standing behind two 140 feet high towers, the tower is 24 storeyed, out of which, the first 20 floors shall be covered in an elevator and the rest 4 shall be climbed manually through a circular stairway. Although, while getting down, the elevator won’t serve you. One has to walk all the 24 floors down to reach the ground floor. En-route, you can have a look at a variety of paintings and artwork relating to Christianity upon the interiors.

Much similar to Illikkal Kallu, Marottichal too gained its current popularity through Facebook in the recent times. Marottichal is the popular name for Ilanjippara Falls situated pretty deep inside the dense woods of Peechi – Vazhani Wildlife Sanctuary. The spot is yet to be recognized by the Kerala Tourism Department and hence, it’s one among the least explored places in Kerala. A lesser known fact about Marottichal is that, the village is quite famous for natives who are very keen about playing chess. On top of that, a Malayalam movie named August Club has also been made on their obsession for this brain-game.

Situated 20kms away from the hubbubs of Thrissur City, Marottichal Kuthu (the local name of Marottichal Falls) offers a tranquil ambiance for a relaxing shower amidst lush greenery. You can’t even find a single sign board en-route, but with the help of G-Maps, it won’t be a task to get there.

We started by 13:15 and took the pathway that lay adjacent to a canal – this is the starting point of the 4km long trek. After a 10 minute walk, we reached Olakkayam Falls, the commonly visited falls on the way to Marottichal Falls. 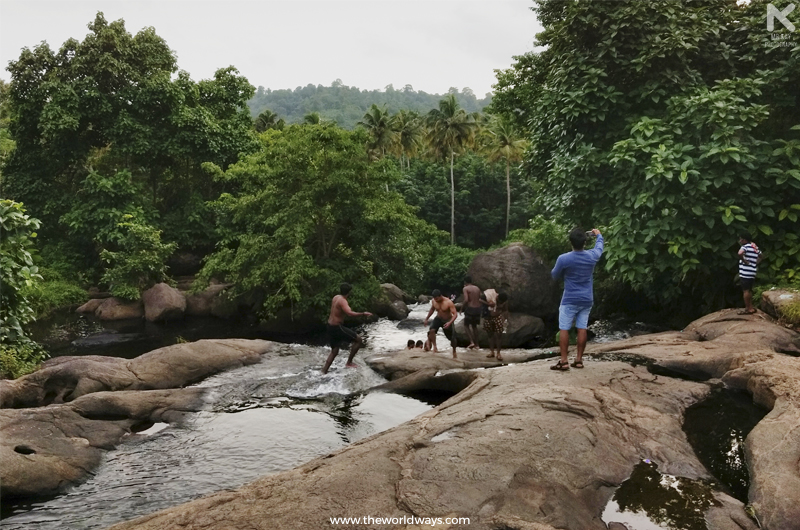 Usually, people will come up to this point and return after taking a bath thinking that it is Marottichal Kuthu. But the fact is, the real trail starts only from here. One can either cross falls and begin the trek by taking the hidden pathway through thickly grown plants, or deviate left before crossing the falls and proceed through the forest trail. Since we got to know about the latter only while returning, we took the former route.

A few steps into the thickly grown greenery, I saw something (well, it could only be a snake) swiftly crossing the path – since the path was hardly visible and as it moved within the split of a second, I couldn’t really figure out what it was. This added to the various stories (including elephant encounters) I’ve heard and that got me slightly worried about the uncertainty that awaits us at every turn as we go more into the forest https://apoteketgenerisk.com/cialis-oral-jelly/.

Soon, we got to the banks of a stream. There was no trail further and we stood there in dilemma. With a vague memory of what I had read in travelogues, I moved ahead and climbed a slippery rock to find the way – but unfortunately, I couldn’t. I got back to the stream and looked around to find a connecting path.

Thankfully, a few moments later, I heard people talking from the other side of the stream and saw a group of youngsters who might probably have taken the latter route. We crossed the stream and resumed our trek. There were fallen trees that blocked our trail, but we managed to cross them without any hassle. 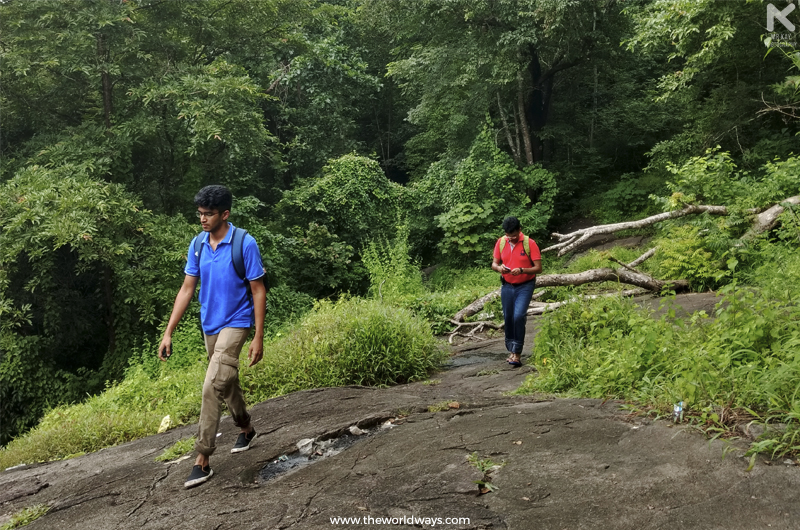 As the river flow down to our right clattering, we headed further into the forest and reached the falls by 14:50. The final 5-10 minutes of walk might test your stamina to an extent , but trust me, the very sight of falls flowing in layers will make you happy. 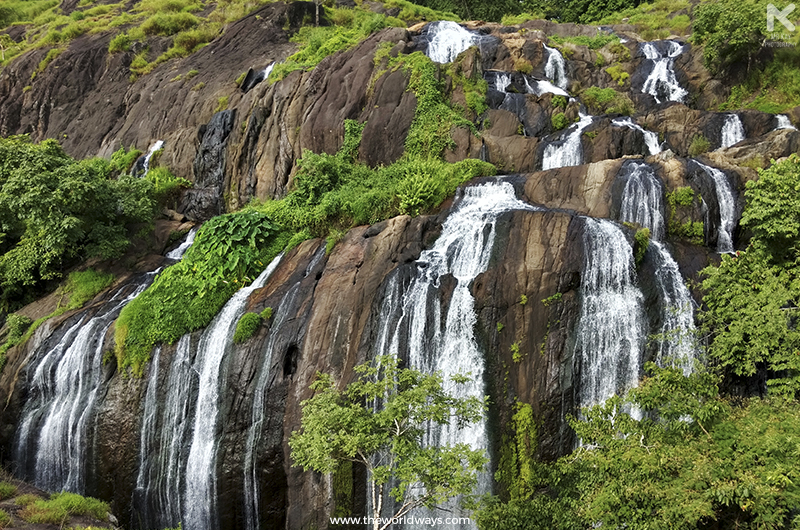 From what I have read in travel blogs, there is a way that goes up to the top of the falls; and although I went searching for the same, I couldn’t find it – I later found this while returning. So instead, I climbed the rocks to reach there. 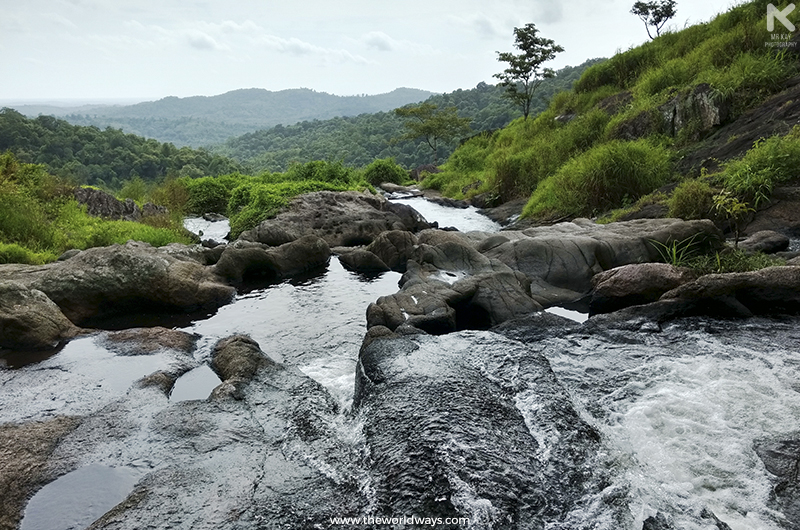 The view was spectacular and there was something I haven’t seen till date – narrow channels of water shaping up to form a waterfall as mountains covered in green stood afar. I went into the forest to figure out where exactly the fall originates from. I proceeded as far as I could, but since the stream seemed to be coming from further inside the jungle, I returned.

I also climbed the adjacent rocks to get a better vantage point of the mountains before heading back to the bathing area of the falls. 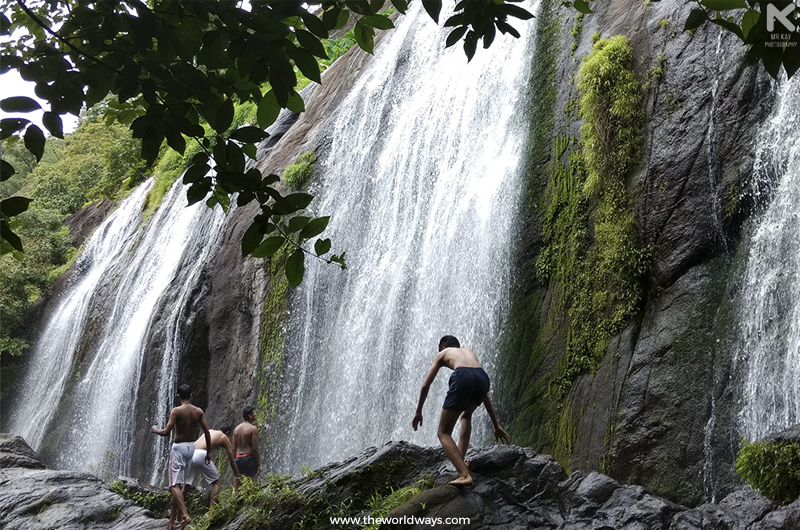 A bathe under the gushing fall took our tiredness away and readied ourselves for the return trek. To get a better and complete view of the falls, we climbed the gigantic rock opposite the falls too, before returning.

Another hour’s walk got us back to the parking area by 18:00. Thanking our stars for keeping us safe from any sort of wildlife attack, we drove back home.